An honest review of the sequel, “Coming 2 America”

Coming 2 America was produced by Eddie Murphy and also co-sponsored by him. Eddie recognizes gold when he sees it - the demand for a sequel has been high for over 3 decades. 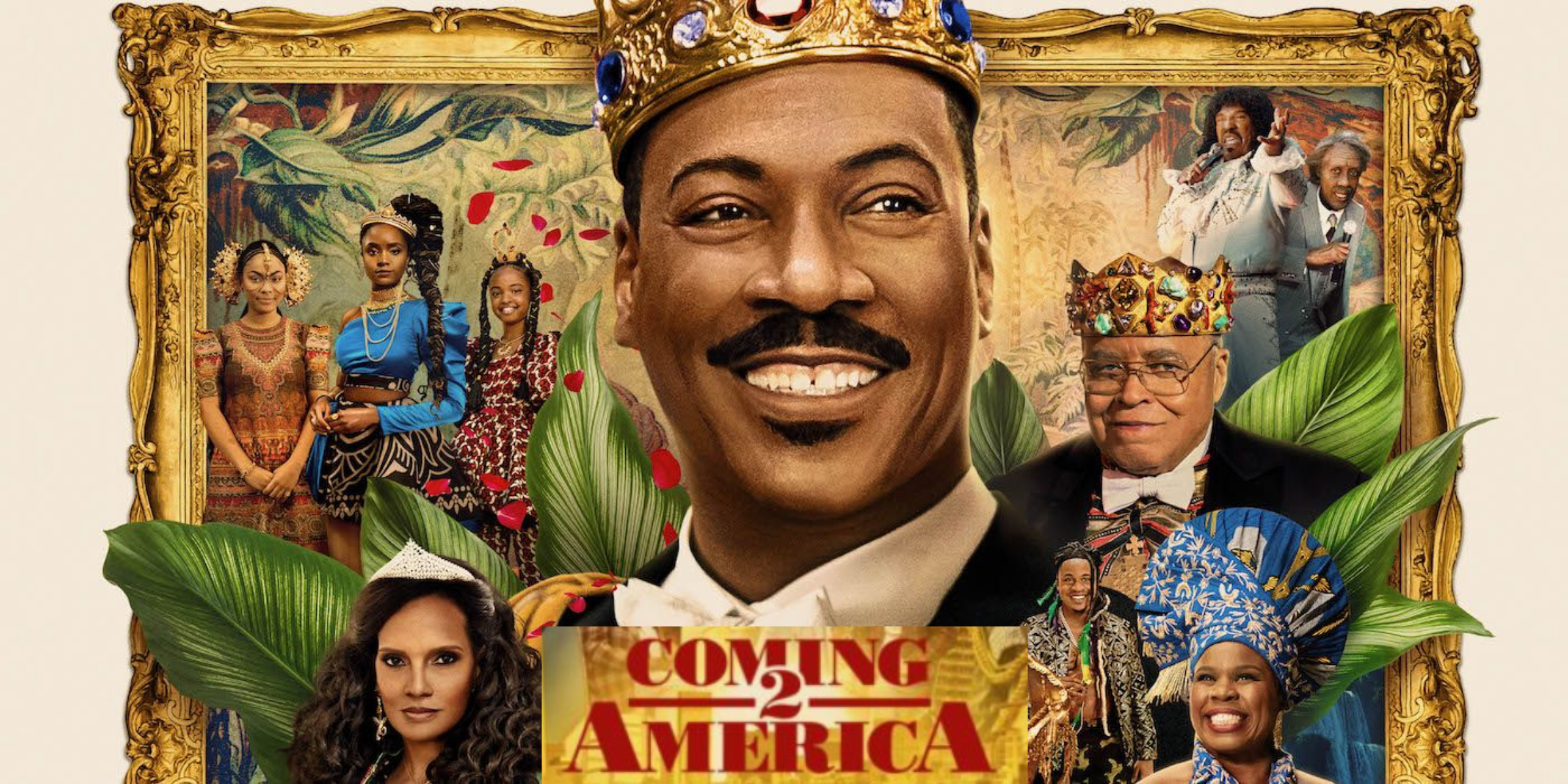 Last weekend was a whirlwind of excitement all over the world as the sequel to the 30-year-old classic, “Coming To America” hit streaming networks worldwide. As always I will give an honest review of the sequel as a fan, as a filmmaker, and as a writer.

An honest review of the sequel

Coming 2 America was produced by Eddie Murphy and also co-sponsored by him. Eddie recognizes gold when he sees it – the demand for a sequel has been high for over 3 decades.

A bulk of the old cast reprised the roles in a picture-perfect reenactment with everyone looking 30 years older, and the movie functions mainly as a trip down memory lane. It also struggles to bring new elements to a new generation of viewers.

As King Jaffe Jogger (James Earl Jones) lays on his death bed, he reveals to Prince Hakim (Eddie Murphy) that he has an illegitimate son in Queens, New York, and there is a need to bring him back to become the crowned prince and heir to the throne as Hakim has no male child from his wife.

What follows is a bombardment of hit and miss pop culture references and a not very charming performance from Lavelle Junson ( Hakim’s son played by Jermaine Fowler). The performance lacked the nuance and charm Eddie Murphy carried even to this sequel.

Another major issue with the movie is its lack of direction – telling multiple stories in a single film is a herculean task executed only by the best. But in this movie, we’re often confused on who to follow story-wise and momentum swings between the lovable Hakim and the young and fresh Lavelle that constantly tries to over-perform and overshadow Hakim’s character.

The Marvel classic, “Black Panther” is also one of the downfalls of this movie as it struggles to meet up with the feel and cultural content of the Marvel masterpiece – Lavelle gets the same hairstyle as Micheal B Jordan’s Erick Killmonger character. In essence, Lavelle is a soup made with too many spices and ends up having no taste at all.

The supporting characters, Hakim’s daughters and General Izzi (Wesley Snipes) stole the show as they proved to be highly entertaining and fresh. There is a slew of guest appearances in small roles that would wow you and cause screams and applause; and a very special appearance that’ll drive everyone viewing, wild (I offer no spoilers).

This movie will be forgotten very quickly, and only vaguely remembered because of the original, but, all things considered, it is a very enjoyable film and a crowd-pleaser. It’s more of a buffet of fan-service than a movie that offers anything to take home.

Flaws:
Fan-service through and through. Struggling to be relevant to today’s pop culture. The Lavelle character is not so relevant – Erick Killmonger look-alike.