Does Religion Hinder Your Creativity?

What happens when what you create does not fit in with the rules of your religion? Would you go on to break the rules and keep creating? Can religion be considered a hindrance to creativity? 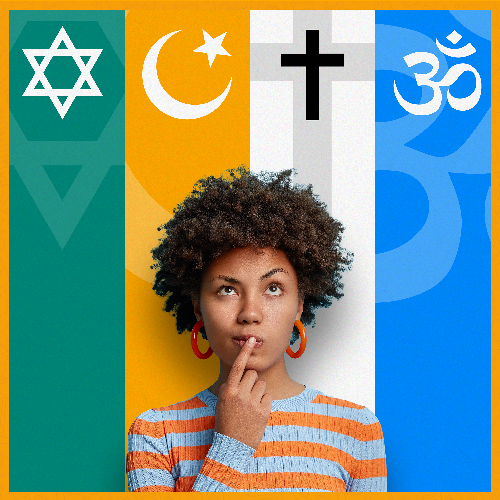 How does religion hinder your creativity? There is no doubt most people have experienced situations where their plans or actions were questioned for being out of religious boundaries. There are some day-to-day events that are dictated by religion, from the kind of clothes we wear to our mannerisms. Also, religion does have a say in the kind of people we vote into power and even in the kind of things we decide to create. When religion meets creativity, does holiness shake hands with diversity? Or does it turn its head away from its rebellious, rule-breaking ways?

Religion: its boundaries and rules

As a result of this, religion has a strong influence on society and individual outputs. There has been a number of researches done to examine the roles of religion in creativity. Including this one in the Journal of the National Center for Biotechnology Information.

Nigeria is mostly a religious nation. There are the Muslims, the Christians, the Jews, and the traditional worshipers. All of which follow their own set of rules and regulations as a guide from God.

Wondering if this set of rules and regulations hinders creativity is a controversial topic we would love to delve into. Breaking out of religious rules is breaking out of a holy structure of how things are done.

Let us take a look into the world of religion and a few of the doctrines. In Christianity, there is the prohibition of body tattoos and any such Christian with a passion or talent for body drawings will have to forfeit such talent as it is against the Christian doctrine. Additionally, anyone found with body tattoos or who owns a body tattoo salon is considered a sinner. The same goes for Judaism which outrightly states that no tattoos shall be etched onto the body. Some Jews also forbid piercings, sculpting, and drawing.

Muslims too aren’t exempted from the no-tattoo rule. Furthermore, in Islam music made from any musical instrument except the drum is considered an intoxication of the soul and therefore is forbidden for Muslims to produce. Sculpting is allowed, but not of humans or living things because it is considered disobedience to God. These rules are rooted in the conservatism of the religion and anyone doing anything outside such is wrong.

Do Creatives Look Past their Religious Hindrances?

Of course, this does not stop some religious people from going ahead to pursue these paths. In Christianity, there are some beliefs that creative paths are not a sin. Some even believe tattoos are not considered a sin, but because of societal views on tattoos, it is inculcated with religious beliefs.

In Christianity, music-making is allowed. But because of the rampant lewd messages in music such as sex, nudity, drugs, and the likes, there is a limit to what you can sing about, but it is rooted in the morality of their religious beliefs.

Despite tattoos being a sin, that does stop the existence of the tons of tattoo parlours owned by people who then subsequently visit their various places of worship? There are even Muslim musicians who hold on to their faith despite the doctrine on music-making. In Nigeria, musicians who practice Islam, like K1 the Ultimate King of Fuji, Naira Marley, Musa Sani Danja, have risen to national fame in the secular music space. Some have learned to live with the idea that God had blessed them with creative talent in different fields, and if God didn’t want them to use it, He would not have blessed them with it.

And to note, such statements are often frowned upon by many religious folks who chastise these creatives for spreading and normalizing sin.

The Future of Creativity in a Religious Nation

We are no scientists here, but science has brought forth many creative minds whose creative solutions have been a major turnaround for a better nation. Safe to say it is okay to bring forward this research from 2018, by Zhen Liu et al, that addresses the matter. They classified the religion and creativity relationship into two hypotheses.

There is the facilitate hypothesis which strongly agrees that religion is one of the support pillars of creativity, and there is the hinder hypothesis, which suggests that where creativity shows up, religion says no, hence curbing diversity. Both hypotheses have strong points.

The facilitate hypothesis highlights that some ingrained habits from religion, such as morality, self-control, honesty, a sense of cooperation, hard work, and spirit of organization has done immensely in growing creativity, while the hinder hypothesis by Okulicz-Kozaryn argued that religion requires people to follow traditions and discourages people to embrace diversity. In simple words, creativity cannot thrive in a religious environment because it breaks rules, and religion cannot tolerate the breaking of rules.

Of course, some people will share different views on this matter, but one thing to come to understand in Nigeria is that even though it is made up of mostly religious people, it is one of the most diversely creative nations in the world. Nevertheless, creativity is a language of different dialects, and the rules governing the speaking of one dialect do not affect the freedom of the other dialect.

A tattooist might be pushed to go into drawing or painting to stick to his religious doctrines. A sculptor might focus his work on other parts of the world than humans, singers have mastered the art of Acapella – the movie, Pitch Perfect, and the music band Pentatonix have made huge successes in these fields.

Religion demands wisdom. And even though there are restrictions; some creatives find it chaining, but for some others, it forces them to open their eyes to a much wider picture of what they can do with their skills. Creativity, after all, is about thinking outside the box.