Why are ATMs in Nigeria fighting us? 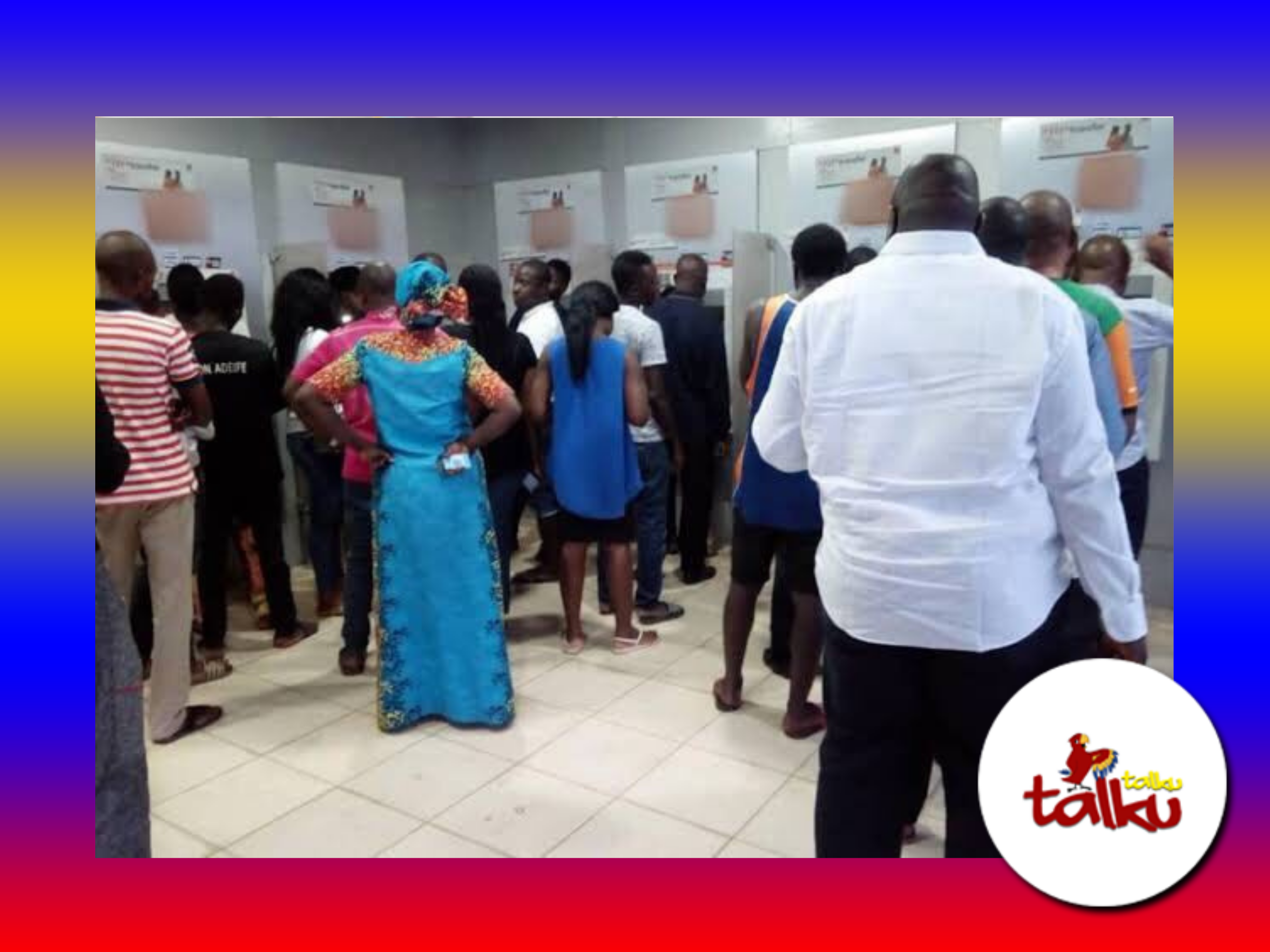 I honestly don’t think anyone can beat my record. My record is approximately two hours. What’s yours?If you’re wondering what I’m talking about; well, it is the longest time I was standing in line for a chance to withdraw money from the ATM…outside, under the intense sun and heat, waiting for my turn at the ATM stand.

Most Nigerians will tell you that they have had an experience like mine. If you are someone who has spent any time in most parts of this country, you no doubt must have said “Omo!” at that, as you very well can relate.Because when you’ve lived your whole life in your country spending more time waiting for a service that should be more or less your right and be made to suffer because of it, you should be angry. For reasons beyond me, Nigerians seem to always prefer to complain about bad roads, politicians, but the ATM wahala is a much more pressing, and not to mention, disturbing concern.The average Nigerian bank branch has at least three ATMs. However, it has been my experience and most likely yours too that at any given time, hardly more than one would be operational, and that is on the days that the gods smile on us. The rest are either broken, shut down, locked, “Out of Service”, or my personal favourite, “Temporarily Unable to Dispense Cash”.

Believe me, there is just something infuriating about that statement. The way the words just roll off the tongue: “Temporarily Unable to Dispense Cash”, that makes it the most frustrating and annoying thing ever! And this is in a country where the Information minister has made some pretty disturbing statements.I mean…imagine this. After a ten-minute walk under the sun to the closest ATM stand and a quarter-hour on a queue, you slot in your ATM card, input your pin, request your desired amount, and what does this machine tell you? “Temporarily Unable to Dispense Cash”.You’re pissed, definitely. But unfortunately, at that moment, you remember you are well trained and you’re also an adult. So, you don’t begin raining blows on a programmable machine while screaming about how people should engage in carnal relations with the bank. Forgive me, but, I have actually said that.

Instead, you walk into the bank, pick up a withdrawal slip, fill it, get into another 45 minutes queue, and when you reach the female teller, she explains to you condescendingly, “Sorry, but, for withdrawals below a hundred thousand naira, please use the ATM. Never forget that ATM that says; “Temporarily Unable to Dispense Cash”. Have a nice day.”I guess that would explain why I read of the old man in Benin who laid on the floor of a bank one day and refused to get up until he was given his money. My hero!You go down the street and you see people queued up outside banks, waiting proactively for their turn at an ATM stand that is unlikely to pay, and why? Because that particular bank branch has five ATMs, but only one is currently in service.And naturally, it’s the one with the faulty zero button that you would have to push a thousand times before it works. Or worse, the one with the keypad that zaps you whenever it’s in a mood.

And if it does pay, it gives you filthy notes that when touched, make you feel unclean. The annoying thing is that these notes look like they’ve spent more than a few hours festering in some old lady’s sweaty bra. It’s ridiculous!I once saw someone who withdrew money from an ATM only to find that one of the 1000 naira notes the machine coughed out at him was two differently split 1000 naira notes taped together well enough that the seam could barely be noticed at first glance. That’s the money his bank gave him.And on the topic of 1000 naira notes, why is it that the smallest denomination of the Nigerian currency you’re likely to get from an ATM anywhere is 500 naira? Because I know the Central Bank still prints smaller notes, I see 5-200 naira notes with the current year printed boldly on them all over the place, so why do ATMs hardly—if ever—give out anything less than NGN500? I don’t think Nigerians know that this is a coordinated attack on them.

Then when you go into the bank to ask for change, they tell you they don’t have any. Who does?! You’re the bank, right? Aren’t you supposed to be the medium through which the Federal Government passes currency to the masses? Isn’t it part of your business to have those notes? Or am I missing something here? Because the way I understand it—and please do correct me if I’m wrong—is that;1) The notes exist;2) Banks are supposed to have those notes;3) I am legally allowed to collect those notes from the bank; and4) The banks profit from my transactions.
So what is the problem? Do banks have too much money? Or is there some huge conspiracy that I’m unaware of?Could it be as simple as the fact that, as is the case with too many other things in this country, the banking system in Nigeria has a colossal problem that no one has yet addressed after all these years? Because I think that’s exactly it.And if that’s the case, then the people who get paid to handle the matters of currency in the country might want to get on it. Because this is one young man who’s just about fed-up with the ATM wahala.And believe me when I say that he is one of many.