Twice As Tall: Burna Boy’s Ticket To A Grammy Award

If Burna Boy walks like he runs the world, you cannot blame him, his records speak for themselves. The only chink to his swagger is the elusive Grammy Award. King Sunny Ade, Femi Kuti and Seun Kuti could not do it with their albums 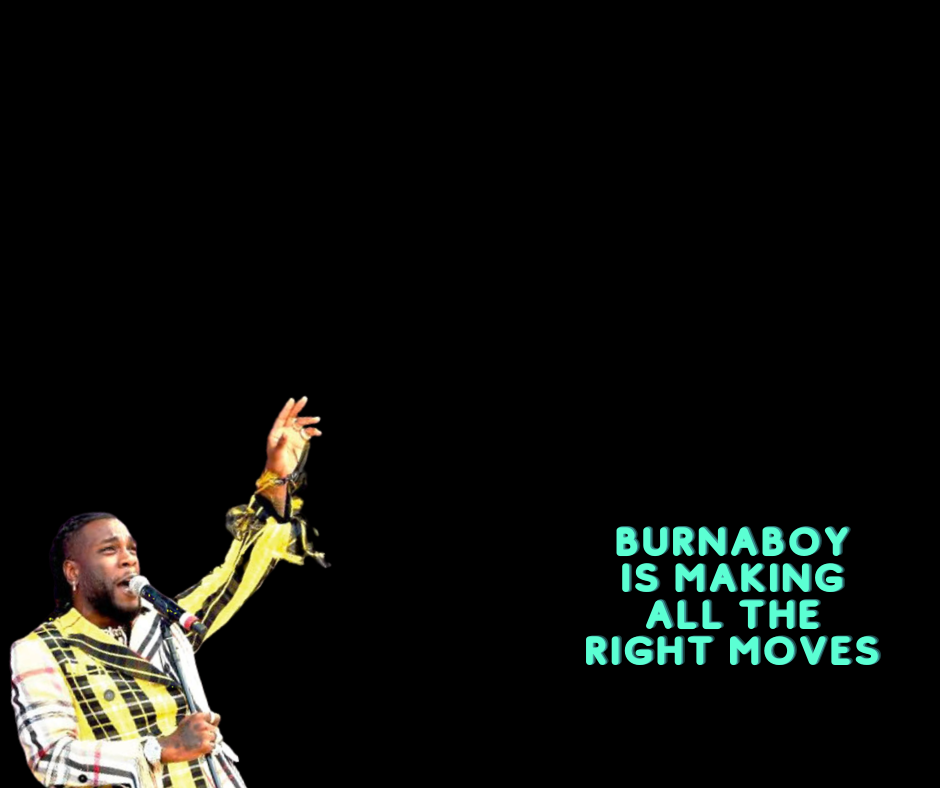 Burna Boy is special. He has succeeded in following his own rules and creating his path. He jumped off the Afrobeat train, and created Afro-fusion, he refused to be enticed by the bright lights of big foreign record labels and determined what kind of deal he signed with them. He is the only one among his contemporaries – Wizkid, Davido, Mr Eazi and Tiwa Savage, whose album got nominated in a category at the prestigious Grammy wards (Burna Boy got nominated for Best World Music Album at the 2020 edition).

OluwaBurna, as his fans love to call him(although, he wants to be called Odogwu) is still the only one who was recognized by the eventual winner of his Grammy category. In the words of Angelique Kidjo after clinching her fourth award, “The time has come. This is for Burna Boy,” she said while raising the award, “Burna Boy is among the young artists that come from Africa that is changing the way our content is perceived”.

So, if Burna Boy walks like he runs the world, you cannot blame him, his records speak for themselves. The only chink to his swagger is the elusive Grammy Award. King Sunny Ade, Femi Kuti and Seun Kuti could not do it with their albums, in the years they were nominated, so hopefully, Burna Boy will get it at his second attempt.

Burna Boy was aware of this task, so he got four music legends who have all won Grammys to work with him on his new album. He hooked up with American executive producer, rapper and billionaire businessman Sean Combs, a.k.a. Diddy, a fan of his music. Diddy who has won three Grammys and has produced for Grammy Award winners like Mary J Blige, Jay-Z and Usher, is an executive producer on the ‘Twice As Tall’ and provided his voice to the project without taking the shine away from Burna Boy.

Diddy also brought Timbaland, another virtuoso in the music industry to contribute to the production of the album. Timbaland is an American musician, rapper, DJ, record producer, and record executive. He has spent the past 20 plus years creating and producing music for American musicians like Brandy, Alliyah, Jay-Z, Missy Elliot and Justin Timberlake-music stars who have all won many awards including the Grammys. Burna Boy taps into nostalgia by featuring Naughty By Nature, an American rap group who ruled the airwaves in the late ninety-eighties and won one Grammy Award along the way

He continues the trend of featuring some of the most celebrated music stars on the continent, by collaborating with Senegalese singer Youssou N’Dour. (He featured Angelique Kidjo on ‘African Giant’).One thing that Burna Boy did differently in this new album is work with producers who have been responsible for the tracks of many successful mainstream musicians in America. So, on the album, he creates sounds that appeal to an American audience (A large percentage of people who decide the winners at the Grammys are Americans) without losing his African and Nigerian sensibilities.

Burna Boy did this by ensuring that his Nigerian production team, worked alongside, Diddy, Timbaland and other producers to maintain the Afro-fusion sound that has made Burna Boy popular, and he still delivers his lines in Pidgin, Yoruba and English. Also ‘Twice As Tall’ comes along with a comic titled ‘The Secret Flame’, to give music fans some perspective on the album title. Burna Boy is special and different like his new album. The time, dedication and creativity put into the album will ensure that 2021 will be a Grammy year for Odogwu. You heard it here first.