The two-faced structure of activism in Nigeria 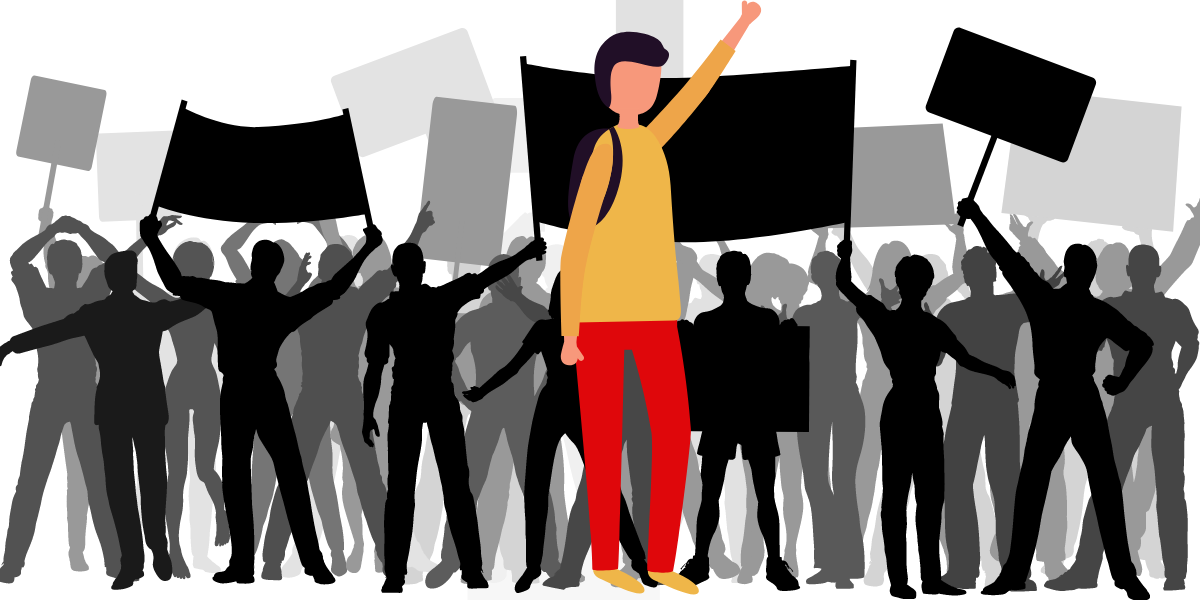 According to dictionary.com, activism is “the doctrine or practice of vigorous action or involvement as a means of achieving political or other goals, sometimes by demonstration, protests, etc.

If I’d be allowed to pick keywords, they would be expressions like ‘vigorous action or involvement’, and ‘goals’. These three words define everything that activism means to me.

In Nigerian history, we have had activists and they have helped in one way or another in shaping the system to the seemingly manageable state it is currently. Some of these activists are; Wole Soyinka (against the ills of the military rule), Ken(Kenole) Saro Wiwa (against the military regime), Gani Fawehinmi (media freedom from the military dictatorship), Lola Omolola (right of the female to air her views – provoked by the kidnapping of young secondary school girls).

There were many others who fought for different courses. Some of them are Aisha Yesufu, Funmilayo Ransome Kuti, Chimamanda Adichie, Fela Anikulapo Kuti, Chinua Achebe, Femi Falana, and others that have added value in one form or the other.

Activism in Nigeria has also taken so many shapes and faces as the world evolves. It has therefore increased in number due to the heartbreaking state that we find the country as time passes by. This is where social media finds its ground actively. Not only do we have activists, but we also have social media to probe their activities. This is when the two-faced structure is visible.

Social media has become more powerful and highly influential on the subject of activism in Nigeria. It has become the centre for news disbursements. On the 5th of November, 2019, a bill was passed that social media should not be used to pass wrong and misleading information. It was countered actively as nobody is sure of what is right or wrong, and this was seen as a ploy to close mouths.

Social media has helped to disseminate some information that have been tagged as almost “forbidden”. This is why it has been used as a platform for active activism. However, it is paramount that we know what a course stands for before joining.

Major activist movements have been formed in response to a bad system, the patriarchal society, the labour rights movements, and other important movements.

The Endsars protest is a typical example of activism, and it gained so much support. The likes of MC Macaroni, Rinu Oduola, Falz, DJ Switch, FK Abudu, and a host of others raised their voices, and the rest of the crowd in support of this movement included the Nigerian youths who were actively involved. The movement remains the largest and most durable on social media.

While some youths were actively involved in the movement, others were seen to be involved merely to gain followers and chase clout on social media. Speaking of a two-faced stricture. The #Endsars protect is not alone in this trend.

On Twitter, an influencer, Jola shot himself in the leg yesterday as he trended for speaking for and against his feminist beliefs in the same post. This raised a lot of questions, and this shows the importance of stable support for any movement.

Politics is also rigged with this attribute. Activism is mostly used as a veil of dethronement – a bad system criticized with a promise of a “better” system. It is more of a political move than a sincere activist movement.

Finally, activism is a very important practice as it appeals to the emotions of a group or some groups. This is why you should be very careful so you don’t attract negative reactions.