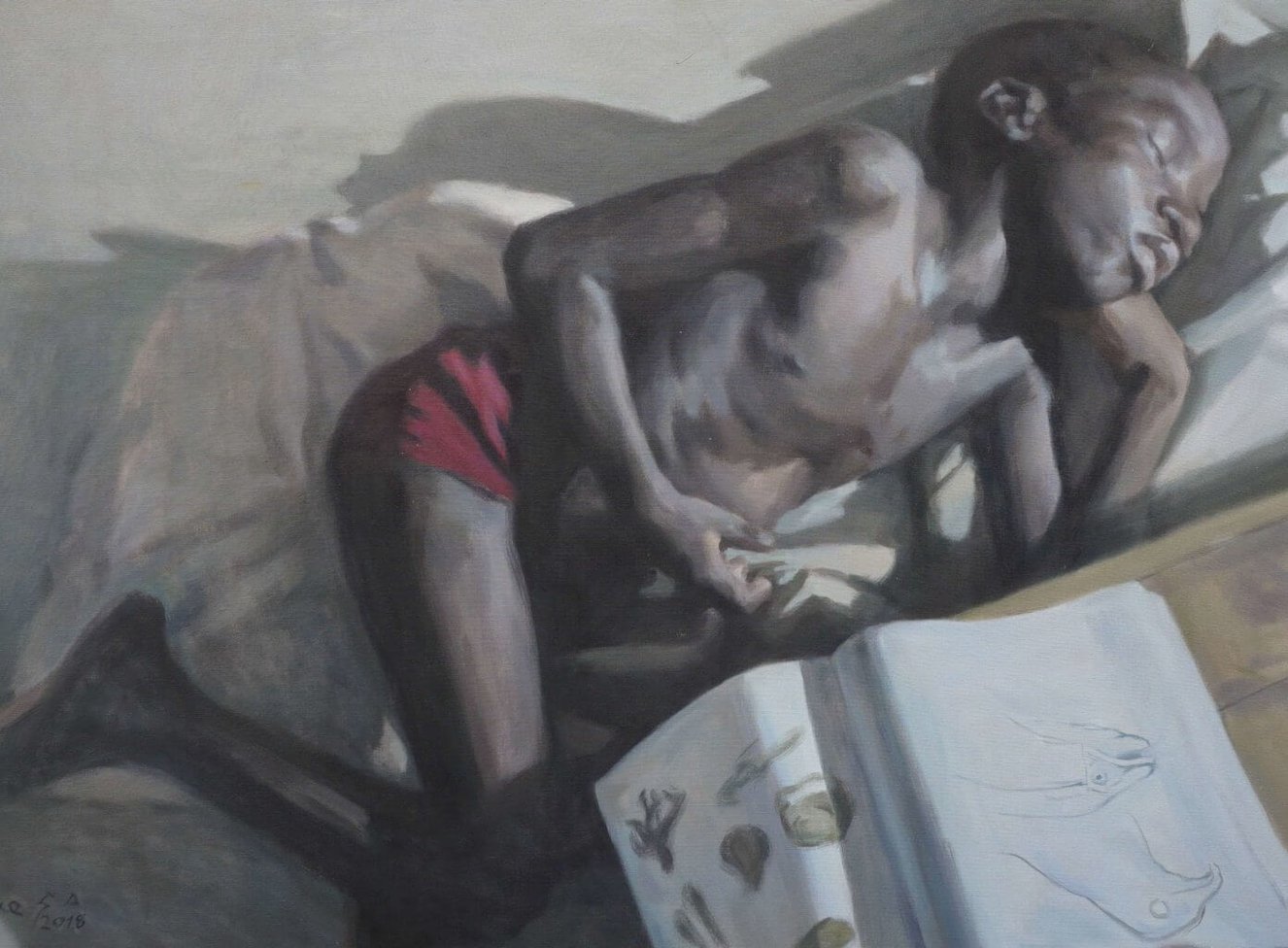 Samuel Ajobiewe’s whole life is a creative process, and his family plays an integral part in inspiring and influencing the outcome of his paintings. Ajobiewe uses his art to document aspects of daily life and his environment, with his wife and children making cameo roles in his works.

He started out documenting everyday life, but he has evolved into a social critic. His more recent artworks address issues of insecurity, political turbulence, human rights, corruption, and others that have shaped the landscape of Nigeria’s social and political space.

Ajobiewe disappeared from the art scene in 2009, after a solo exhibition at Mydrim Gallery and went on a self-imposed exile to the Republic of Benin without considering the fact that art enthusiasts and collectors could forget about him and his works.

He abandoned the vibrant city of Lagos, to Abbomeycalabi, the total opposite of Lagos- a quiet town outside the more famous Cotonou in the Republic of Benin. What Ajobiewe did not tell people was that he had health issues, and a change of environment to somewhere calmer, and art, was part of the remedies needed to heal. It was a bold and rewarding move.

Being in a small town like Abbomeycalabi, also gave his art a new lease of life. From creating oil paintings, he began to experiment with pastel, then moved into drawing and sculpting, before finding his essence as an artist in acrylic colours.

After returning to Nigeria in 2012, he quickly realised the effect of his absence on the minds of people conversant with his art, so he quickly jumped back into the art scene by participating in auctions and group exhibitions.

Ajobiewe’s art adjusts with the times, and as the Covid-19 pandemic arrived and brought the world to its knees, Ajobiewe found new themes and was not even bothered during the total lockdown when movement in Lagos was restricted.

Since 2017, he has been planning his first solo exhibition in 11 years and the pandemic seems to have given him more time to focus on researching and creating new works.

As a man who believes that art or any form of creativity should be used as a tool to enlighten, it is no surprise that his new body of work is set to have themes around current buzz words like ‘social distancing’, ‘face masks’, ‘handwashing’, alongside other popular national discussions.

Before and after the pandemic, events that shape the country – positively and negatively – will keep occurring and like a passenger waiting for the next public bus, Ajobiewe says his brush is rearing to go. 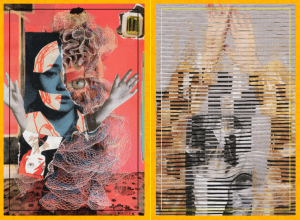