Piquing The Curiosity Of Tomorrow’s Creatives 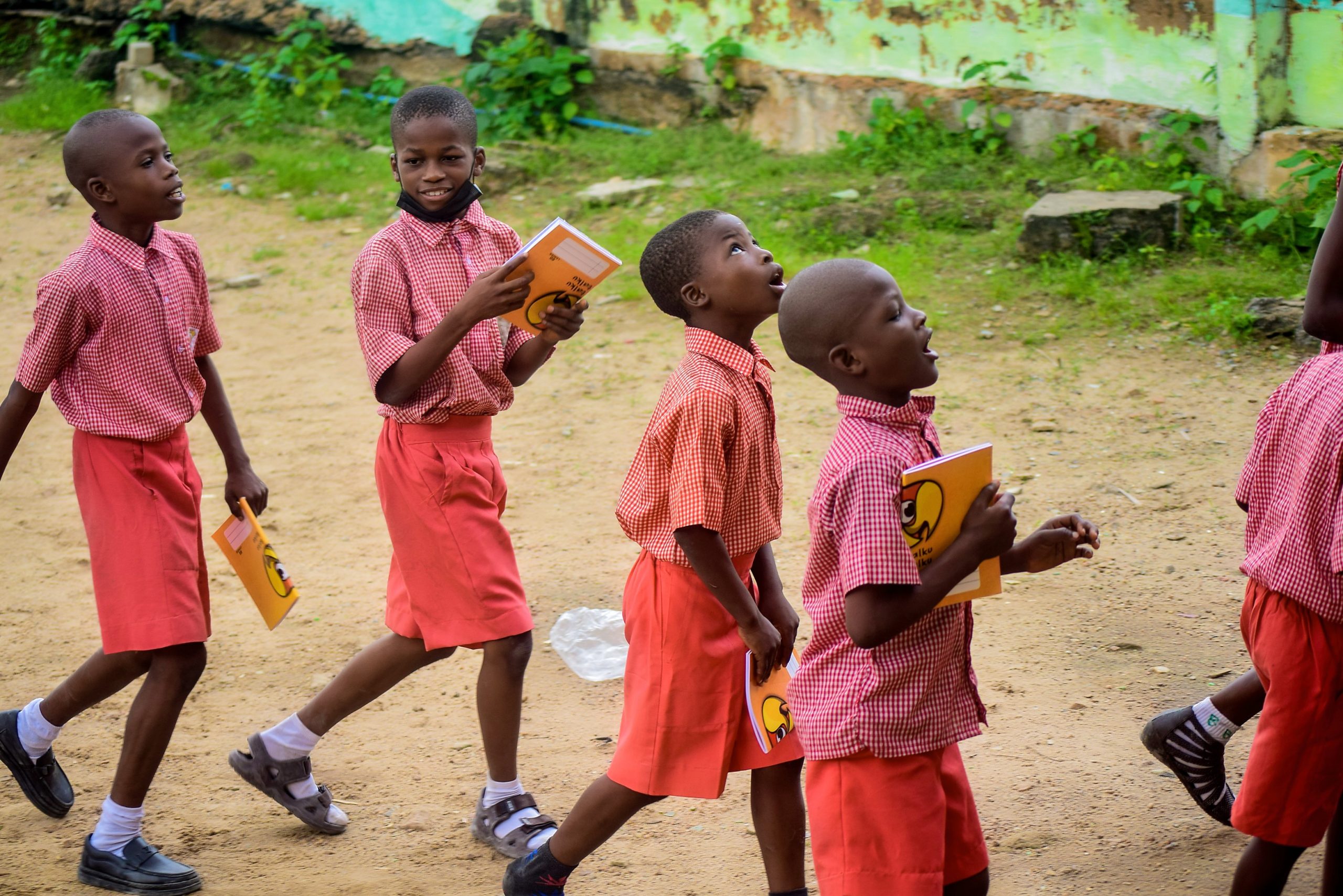 Looking through the inner layers of creative output, you get to wonder: how did the creative put that together? What sparked the thought? The influence, the inspiration. Was it a fluke? Could another person, given the exact circumstance, have created the same? Then you relax to bask in the expansiveness of thoughts that helped create the output you enjoy.

But where does it trace back to? In their formative years, were they considered “tomorrow’s creatives”? Did they learn the skills, or is it some inborn talent? What lighted their fire? Was it by intent or some random circumstances? Who inspired it? Did the creator ever imagine this from their humble beginning, or were they surprised to see their creation?

Child Psychologists and Educators continue to emphasize the importance of the early stages of a child’s development as an influential point to help pique their curiosity and, by extension, their creativity. Casting back to my childhood, for instance, I remember my early love for writing and my curiosity to want to understand as many words in the dictionary as possible. I would save my lunch money and use some of it to buy storybooks. They fascinated me. And as I read, my passion for writing grew.

At that time, It wasn’t something my father understood. He wanted me to spend more time-solving math problems in his quest to prepare me for life as an engineer or some science career. In my case, the will was strong, and I found a way to develop my passion for writing. But what about the other children whose will may not have been as strong or the small matter of being blessed with difficult life circumstances?

So, each time I come across an output by a creative, I let my mind wander beyond the work itself. What inspired it? Where does it trace from? How were their early days? I allow my mind to drift because the difference between enjoying that amazing output in real-time – right now – and not having it at all could be just a moment, a decision, a blocker – by someone, anyone, something, somewhere, without a clue of their impact down the line in the creative butterfly effect. 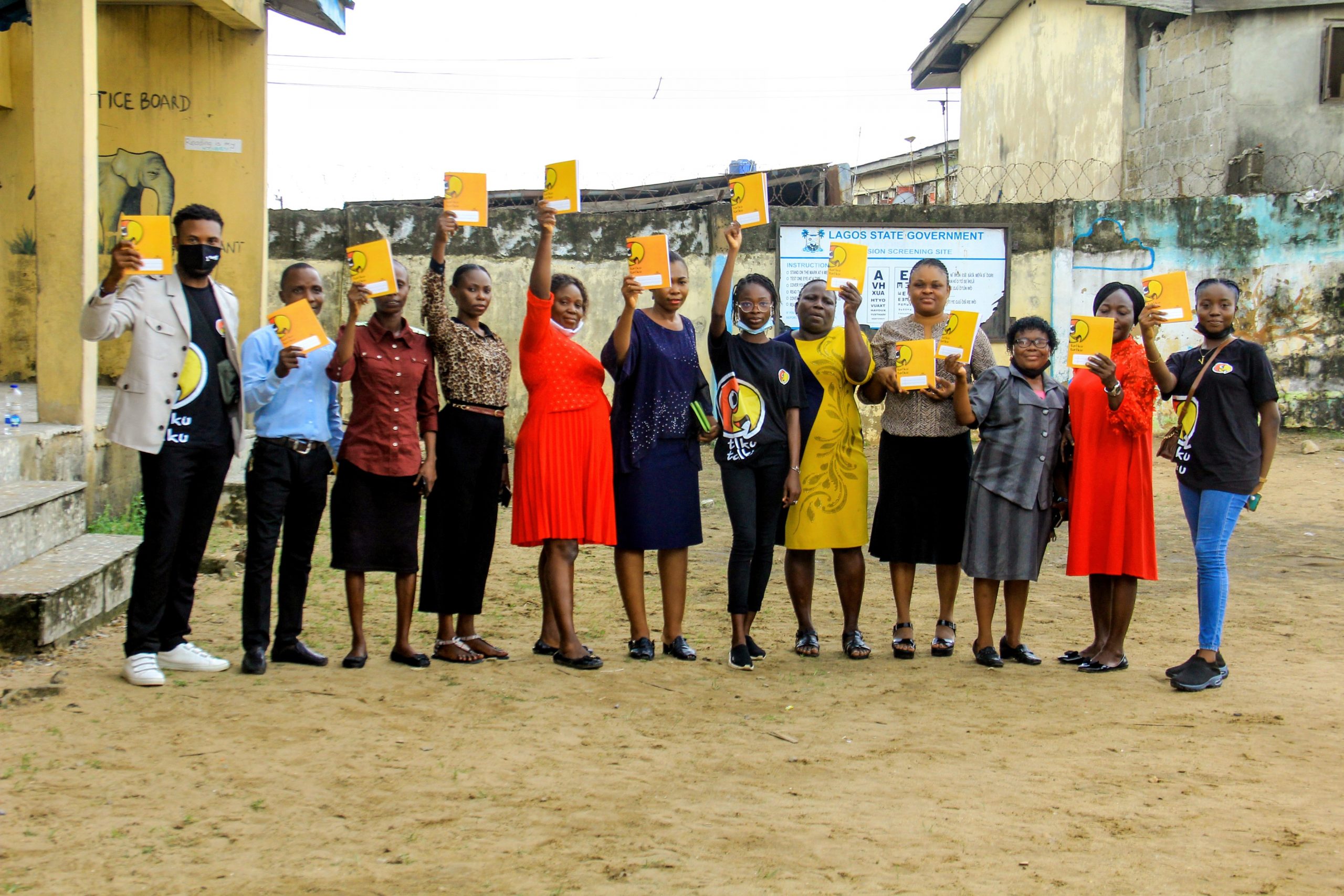 At Talku Talku, beyond our ambition to help stimulate the creative ecosystem and become the largest propeller of creativity in Nigeria, we understand the importance of piquing the curiosity of tomorrow’s creatives. The world around us is increasingly changing, creating new ways to engage and learn. To sustain the rapidity of tomorrow’s creatives progress, those who will receive the creative baton must feel and understand the pace required to create.

The difference between enjoying that amazing output in real-time – right now – and not having it at all, could be just a moment, a decision, a blocker.

Moh Parrot and Fiesty Parrot strike a pose with a copy of the Talku Talku branded notebooks our team presented to the children. For children in underserved schools, basic items like notebooks could be the difference between learning or failing.

“Knowledge is Power” is the message that greets you when you land on the premises of Odunlade Primary School, Shomolu, Lagos. Every day these children have the chance to gain new powers through knowledge. We must collectively make a conscious effort to help pique their curiosity, allowing their minds to wander and find their creative place in our world with an increasing hunger for creativity.

In the last months, across two cities in Nigeria, our team of Parrots flew to two interesting locations to practicalize the message. In Lagos, three of our Parrots (The Big Parrot, Fiesty Parrot, and Moh Parrot), with permission from the local education authority, landed in Odunlade Primary School, Shomulu, Lagos where they spent quality time with the pupils of the government school – leading in the recital of rhymes and playing creative games.

In Abuja, The Big Parrot, Google Parrot, Lucifer Parrot, Daunting Parrot, and Anikodu Parrot, welcomed by the founder, Rev. Dr. Mrs. Rachel Alaje, all flew into Rachael’s Home for Orphans & Vulnerable Children with the same mission in mind. Google Parrot, who is also the Production Director at Talku Talku, prepared several canvases and encouraged the children to allow their creativity to flow; after Lucifer Parrot had sparked their curiosity with a funny story.

As our world continues to evolve, the challenges we face – be it climate change, geopolitical issues, world hunger, global pandemic, you name it – will require a vast amount of creative thinking and intelligence to overcome. The onus is on us to prepare tomorrow’s creatives by positively piquing their interest through any means within our arsenal.