Maris Effect: Her Special Effects Journey From Inception Till Date

Maris Effect uses makeup to create unique looks and characters on her models' faces. With an interest in makeup from a young age, she set out to be one of the best SFX artists 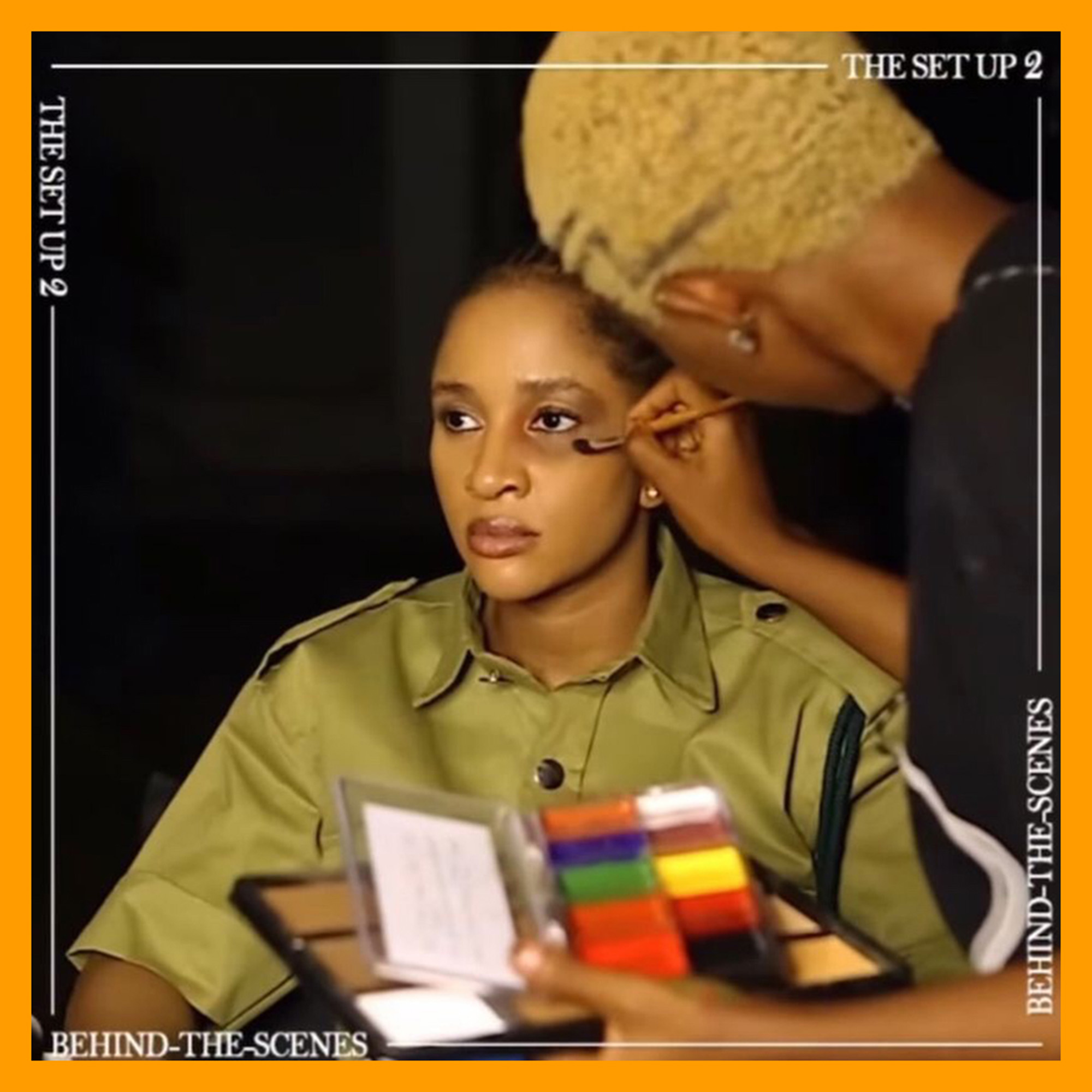 Abaeme Stellamaris is a 26-year-old SFX, beauty and editorial prosthetic makeup artist based in Lagos. Popularly called Maris Effect, she uses makeup to create unique looks and characters on her models’ faces. She is creative by the mind and whatever she thinks of, she uses her makeup brush to establish that thought.

The Journey Before Maris Effect

Stellamaris started her journey into makeup around 2018/2019, initially as a side hustle.

She was always interested in makeup, anyway. When attending secondary school, she used to apply eye shadow. As is usual in most secondary schools in Nigeria, makeup was not allowed. But, she leveraged her prefectship and relationship with her school mother to scale through.

Her dad didn’t like makeup. Maris Effect had gotten admission into Nnamdi Azikiwe University (UniZik) but, because there were no funds to further her education, she had to forfeit school.

She would never forget when she asked her dad for money and he replied in the negative because “makeup is demonic”. She was on her own.

Due to the pressure from her parents, she became a computer literate, something that she is grateful for. After that, in order to pursue her dreams, she started working different sorts of jobs. The class fee was about 25K Naira.

She worked as a sales girl, saved up and got her makeup box. Maris Effect was such a fast learner that she even began to teach her teachers and classmates. Mothers of her fellow students would call her and beg her to teach their daughters. Then, she saw the monetary side of it.

She’s a single mom with a 4-year-old child. And was pregnant during the training.  She had initially watched to study economics (her favourite subject) but the cost of pregnancy care and schooling was too much.

The Beginning Of Her SFX Career

Her interest in SFX started when she watched Hollywood movies and saw their effects. She was so shocked at the reality of the scenes that she would browse the actors to ensure nothing happened to them and prove the validity of the scenes.

From blood from punches to bruises and cuts, they fascinated her.

Her interests pushed her and she loved challenges. If human beings like her could create such, then she could too. Depending on YouTube for learning, she would practice all of the makeup. And she always got on them on the first of each trial, simple effects and complex ones. That is how what we know today as Maris Effect was born. To date, she hasn’t received any formal education on SFX makeup and she doesn’t know how it feels to not succeed at that.

Entering The Film Industry And Her Career Breakthrough

Stellamaris broke into the film industry when she attended one of her friend’s birthday party. As an MC, he had a red carpet and there were interviews. The microphone handler said he liked the way she spoke and offered to send her some BTS  to post on her personal page.

They exchanged contact and she sent him some of her work, asking him to call her if he saw any opportunity.

In February, he called her that they needed an SFX artist on set at Badagry. And it was urgent. He told her to bring anything she had. “Just dey bring am dey come”

The pay then was about 70,000 Naira for a month and she worked on a series.

Then, she realised how different SFX makeup was from normal traditional makeup. “There is script breakdown, character breakdown, continuity”. As it was her first time she had no on-hand experience and had to learn on the job. It was so stressful that she cried every day of that month.

When learning or recreating effects, Maris Effect uses Google to get real-life examples and replicate them and she would use biology textbooks. This is all so she can make them exactly how the script calls for it.

Since her first job, she has participated in films, commercials, skits and more. Humility and patience helped her. All of her jobs have been from previous jobs since then.

After that first job, the costumier called her for another shoot. Her first big job was Eagles Wing, which is now on Amazon Prime in Canada and US. It was the first airforce story in Nigeria ever. She had to work in Kaduna, Abuja, Yobe and Lagos states because of the job.

One of the hardest days so far in her special effects career was when she forgot her breakdown. The breakdown is one of the most important things an SFX artist needs to work on. It is so crucial that work cannot be done with them. And Maris Effect forgot this in Lagos on her way to another location.

That day, she couldn’t sleep. She had to stay up all night redoing the breakdown and she had to rush. This made her have some mistakes like continuity errors.

Her Journey So Far

I neva journey finish. I still dey inside the journey.

But in one word, her journey so far has been challenging. On the easy side, she says. She is very resourceful and can work with almost anything so it makes the journey easier for her.

Cliques are needed to succeed in the film industry so she had to find one to stick to. She advises other artists to find a production set they can work with and not to “be forming big girl on set”. It’s also a plus if you’re pretty because everyone wants to be under your hands.

One thing she enjoys is that there is respect for SFX artists on set. Even more than makeup artists, because they know they are hard to find.Even though she has spent a lot of time on set, she still doesn’t like acting, even for extras and body doubles. At a time on set, Adesuwa Etomi had an injury on set and she was asked to substitute. But she still couldn’t do it. She doesn’t like big-screen cameras.

What Does The Future Hold For Maris Effect

Maris Effect loves SFX and still sees herself doing it in 10-15 years, just not in Nigeria. Setting her sights high, she plans to get a formal education in special effects in Toronto, Canada. Then she would find a way to make a place for herself there. “I be Nigerian babe na, even if na to dey hold brush”She plans to start a special effects academy here in Nigeria. She already gives affordable online classes to people who are interested in special effects. She loves to share her knowledge and doesn’t see a reason to hoard it.

These online classes empower her students well enough that they can participate in small skits and grow from there.

There are no SFX academies in Nigeria. And while there is a number who claim to be artists, there are not many who know their stuff. They are limited when it comes to SFX artists who can make the special effects look real and detailed.

Currently, only 2 stores in Nigeria sell special effects products and they don’t usually have what she needs so she has to order from the US and this further increases the prices of the already expensive products.

Her Motivation In SFX

Stellamaris’ major drive is that she wants to see one of the movies she has worked on get an Oscar award. She also has awards that she is aiming for and would not stop until she gets there.

By the next year, she would have relocated to further her studies. Traditional education isn’t for her anymore and as there are no creative-based courses in Nigeria, she would rather spend millions and come back here to make even more.

Her Life Outside Special Effects

Outside SFX, Maris Effects creates content for herself or creates skits. She interviews people on the streets. Her friends have also suggested acting to her but she doesn’t derive as much fun from it as she does from creating special effects.Her child stays on Lagos mainland with her siblings while she stays on the island to be closer to work.

Abaeme Stellamaris AKA Maris Effect is a woman who knows what she wants and is not afraid to get it. Even if it means leaving her comfort zone.In her words, while we grow here [Nigeria], she can be the best in Hollywood.