Kelvin Nuel is a young music director with unique ideas for the Nigerian music video scene. He talks about his journey in this feature. 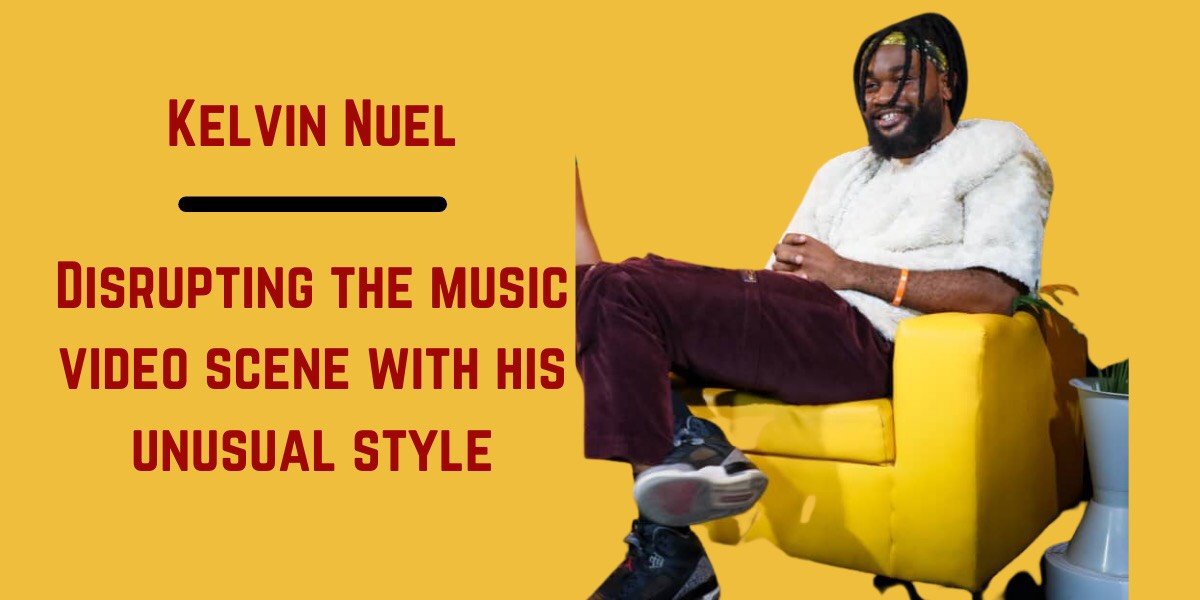 Let’s face it: music videos in Nigeria are underwhelming. You hear a great song from a top-notch artist only to see a cliché video a few days later on social media or on television, and you think to yourself, “Man this video could’ve been done way better than this.” Kelvin Nuel is a young music video director who started out with exactly this thought in mind.

Don’t get me wrong – the quality of music videos has greatly improved. Locations, costumes, everything always looks sharp. Other intricacies like colours and framing have also seen a major improvement, so there’s a lot to be happy about. But then, you start to realise that many videos are almost too similar to each other. When I spoke to Kelvin Nuel for this feature, we first talked at length about many videos with similar templates and came to the conclusion that things can get better and more originality needs to be infused into the Nigerian music video scene.

For many artistes, their videos are “just vibes” – people having fun, which is great to see, but at the same time, a bit uninspiring. It may be a result of the music video directors not wanting to break their winning formula which keeps artistes coming back. Kelvin Nuel and I acknowledged in the course of our discussion, the fact that directors can do more than just throwing together some nice looking girls and guys in a nice location/on a nice set, all wearing kick-ass costumes and enjoying themselves

We also acknowledged artistes who shoot concept videos for their songs. Falz is one example. He makes sure his videos really convey the message of his songs. Kelvin Nuel had this in mind when he chose to put his cinematography talents to use in the music video industry. This young music video director underwent training from the best possible hands just so that he could make videos that Nigerians will equate to international standards.

Who is Kelvin Nuel?

Kelvin Nuel is a trained cinematographer, art director and music businessman. Despite training for film and documentaries, his love for the Nigerian music scene helped him make a bold choice to enter the music video directing scene to show that music videos could be as diverse as movies. In short, Kelvin wants you to watch a new movie every time you watch a music video he directs.

I asked Kelvin Nuel how he chose his path. “I love money. I want to be a billionaire. But I also love Nollywood so much. One day, in my teens, I decided to act on this and started watching YouTube videos on filmmaking. From there, I thought up how I could do things differently, and then I wrote my plans down. Then I started proper cinematography training which continued while I was in school,” he says.

“By the time I was through with university, I had already been to different sets to assist and eventually, I felt like the music video scene could use fresh blood, so I started my own company, 728 media,” he added. His honesty made me chuckle a bit because not many young people will lead with “I love money” when answering this question. However, Kelvin Nuel is very vocal about chasing the bag but at the same time wants to make it while making a very visible change. He reminds me of Talku Talku’s Big Parrot, Emmanuel Ibok.

Kelvin Nuel faced a lot of challenges at the beginning of his young career. Luckily for him, the music video scene seems to be a thing for young people, so unlike many other industries where young people are looked down upon, this wasn’t much of a problem for him to navigate. “Challenges at the beginning mostly stemmed from funds to incompetent partners and greedy people. But for now, the few challenges which every normal business passes through is trying to balance the running cost so the business doesn’t make unnecessary losses or file for bankruptcy,” Kelvin says.

“Outside that, the creative challenges that I face is getting artistes whose videos I’m called to direct and directors I’ve worked with to not do the usual and amp it up a bit. Many of them want to do the usual because it’s a formula that works and nobody wants to take risks,” he added.

I’ve always held the opinion that music video directing is a flashy business. I’ve always believed that even though they have to undergo training to be able to do what they do, in the end, video directors always look like they’re just operating equipment and filming themselves and the artistes having fun. Kelvin Nuel laughed and assured me that there’s more to it than meets the eye.

“Yeah, people say it’s a flashy one. But it will test your patience. It will test every single thing about you,” Kelvin Nuel says, laughing. “When dealing with very picky artistes, or models, or artistes and model managers who are always hounding you with their takes on how you who is the director or the DOP should frame a particular shot, you eventually learn how much you as a person can tolerate. I’ve had models kicked off my set before. I’ve also cancelled shoots before so that everybody can comport themselves and not drive each other crazy.

“I learn the limits of human tolerance every single shoot. Then there’s the business part of it. If you allow many of these managers or models to have their way, you won’t eat,” he says, concluding his take on my opinion. I expected this answer because there’s no job without its challenges. However, hearing it made me open my eyes to a clearer reality. And since my discussion with Kelvin Nuel, as he shared with me some of his experiences, I’ve not been able to look at another music video with a narrow mindset.

I see the work, start painting scenarios and trying to guess which of the characters in the video must have been a pain in the asses of the behind-the-scenes crew, and all that fun stuff. There’s really no “chill” job out there, even if it’s you doing what you love of which many career speakers will tell you, “it won’t feel like a job”.

Kelvin is also a talent manager alongside being a music video director. Despite being young, he has managed artistes who are much older than he is on both short and long term bases. This is because he also has a passion for Human Resources, which he told me he’d have been doing if he wasn’t already on the way to the bag as a music video director and an entertainment entrepreneur with his own company, 728 media.

“I actually studied HR in school,” Kelvin Nuel says. “I always want to have a relationship with people and build networks. It’s a thing that comes naturally to me. So if I weren’t doing what I was doing now, I’d just put my certificate to good use, and I know that I’d have done very well because I’m very suited to that career path,” Kelvin answered when I asked him why he felt he’d do HR instead of any other thing if he didn’t have 728 media.

Kelvin Nuel paints a paradoxical mosaic of laxity, levity and intense focus. My first impression of this young man was of someone who is rarely serious. However, seeing him work and hearing him talk showed how much he does when nobody is looking. When someone has magicians like Jeff Bezos, Dave Meyers and Quentin Tarantino as his inspiration, there’s definitely no space to play.

I asked Kelvin Nuel why he chose these seemingly impossible standards to chase after and his eyes lit up in response. “Dave Meyers changed the game for music videos as far as I’m concerned. It was him who actually made me feel like our videos could be a lot better than what we currently have. Dave Meyers is so good that he also has like two movies under his belt, and music video directors almost do not do movies.” he says.

“As for Quentin Tarantino, everybody knows who he is. He is the director and filmmaker that everybody aspires to be. And for Jeff Bezos, we all know why. But more importantly, it’s how these three guys, for me, have not only made a ton of money from doing what they love but how they’ve changed the game in their fields. For Jeff Bezos especially, he has changed the game in his field and gone on to dominate several other sectors. I want to copy that work ethic and make it better so that I can reach greater heights,” Kelvin Nuel adds.

All I can say right now is that the sooner we have more people like Kelvin in the music video space, the better for the industry. His fresh new ideas are needed to make the experience a more enjoyable one for both the artistes and their fans. I will keep an eye out for his work and will definitely be cheering him on. Kelvin Nuel is on Instagram as @kelvinnuelofficial.