How to Make the Most of Your Nollywood Movie Cinema Ticket

Nollywood seems to be taking three steps forward and two steps back with every movie release. However, as a dedicated fan of the movie industry, I still show my support. Here’s how I do it. 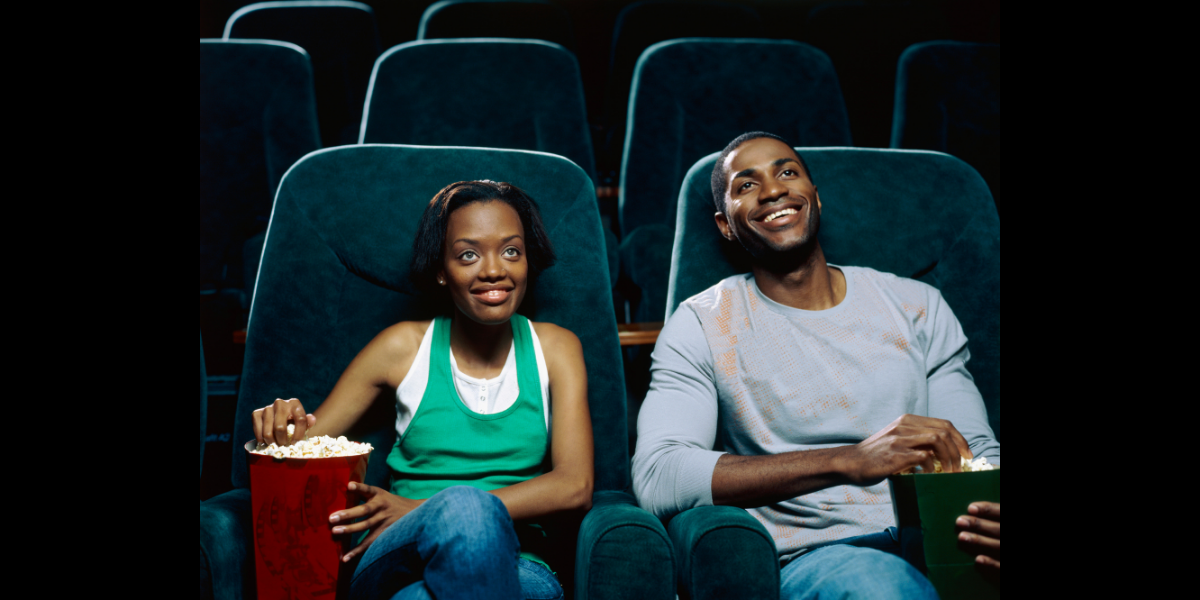 The ensemble cast of the movie was what attracted me more than the hype. And like with many other Nollywood movies, I went in with almost no expectations, although secretly hoping to be blown away. It was mid.

I’ll leave the review to Kelvin, if he’ll ever get around to seeing the movie. However, one thing I can assure you is that you may not be happy to have spent money on that movie at the cinemas.

All that you just read above is the super critical side of this Nollywood fan. It is this same side that a lot of movie enthusiasts wear, like an oud, whenever they step out to the cinemas, forgetting they’re there to have fun.

As for Kayode Kasum’s movie, I enjoyed the story very much. I also enjoyed the acting, and the on-screen chemistry of Rita Dominic, Michelle Dede, and rookie actress Anee Icha – the clown of the group (every friend group has one).

How did I manage to enjoy a movie that I earlier described as being “incredibly mid”?

When my friend and I decided to go see a movie on a whim, I didn’t even know that The Therapist was screening. I just went to have fun. On getting to the ticketing booth (or stand, or kiosk, I don’t know), we decided to see a Nollywood movie, and settled for The Therapist because of the cast. We both had fun with the movie.

Cinemas were built for leisure & relaxation and people need to learn to use it for this very purpose. More often than not, people go to the movies with a movie in their minds. On rare occasions do people go to the movies on a whim. Even if you have to write a paper on the movie afterwards, remember you’re also paying for the popcorn, drinks, comfortable seats, great air conditioning, and a nice crowd that you can enjoy a good time with.

You’re not there to form a thesis. You’re there to have fun, so have some fun.

I never have any expectations from Nollywood movies

Everybody should know this by now yet people still complain. There have been Nollywood movies that blew me out of the water, but judging every other Nollywood movie by those standards will be totally unfair.

If you go to the movies either on purpose or on a whim, just like I did, and happen upon a Nollywood movie that blew you out of the water, good for you. If not, laugh with your friends, take pictures, banter, and go home.

Editor’s Pick: Here’s how to make a short film with little or no budget

I will never go alone to see a Nollywood movie

Who goes to the movies alone in the first place?

Some of you may say, “I like going to the movies alone”. That’s fine, if you can do that! But you won’t deny the fact that the movies are much more fun with people who you can share references with, laugh about plot holes with, or talk about character development while in the theatre.

If you go to see a Nollywood movie alone, you’re bound to end up disappointed 70% of the time. If you go with a friend(s), however, that number reduces to 50%.

I expect filmmakers to get better eventually but, until they do, avoid Nollywood movie trailers like you would anybody who is seriously coughing in this pandemic times.

If you want to get into the hype, follow the actors’ as well as the production studios’ social media pages to see all their promotions, interviews, and marketing efforts. That’s more than enough hype to get you pumped for the movie.

I build resilience by seeing a lot of ‘mid’ movies

It is a kind of reverse psychology, this method. Not every movie will blow your mind – whether local or international. Many will be mid. Many!

My trick is to see as many mid movies so that I can develop an immunity to the mid that Nollywood is known to deliver. It’s kind of like how someone starts with five push-ups, then ten, then twenty, until they can do a hundred without breaking a sweat.

So, for every mid Nollywood movie I see at the cinemas, I’ve streamed dozens online and seen hundreds on cable television. I’m sturdier than an Iroko at this point (pun intended).

Try this, and you’ll not only get more value for your money, but you’ll have more fun. And fun is good. Also, you’ll be supporting the filmmakers and all the other creatives who worked on bringing that movie to life.

Movie conception and execution is not child’s play, and in a country, like Nigeria, with a lot of obstacles to scale in bringing creativity to life, they deserve all the support in the world for even trying.