Heartbreak is unisex. “I just found out last weekend that I had been dating myself.”

The next time you say “men are scum,” think of Mr. Patrick and men like him. Even the hard men you see around have a soft spot. 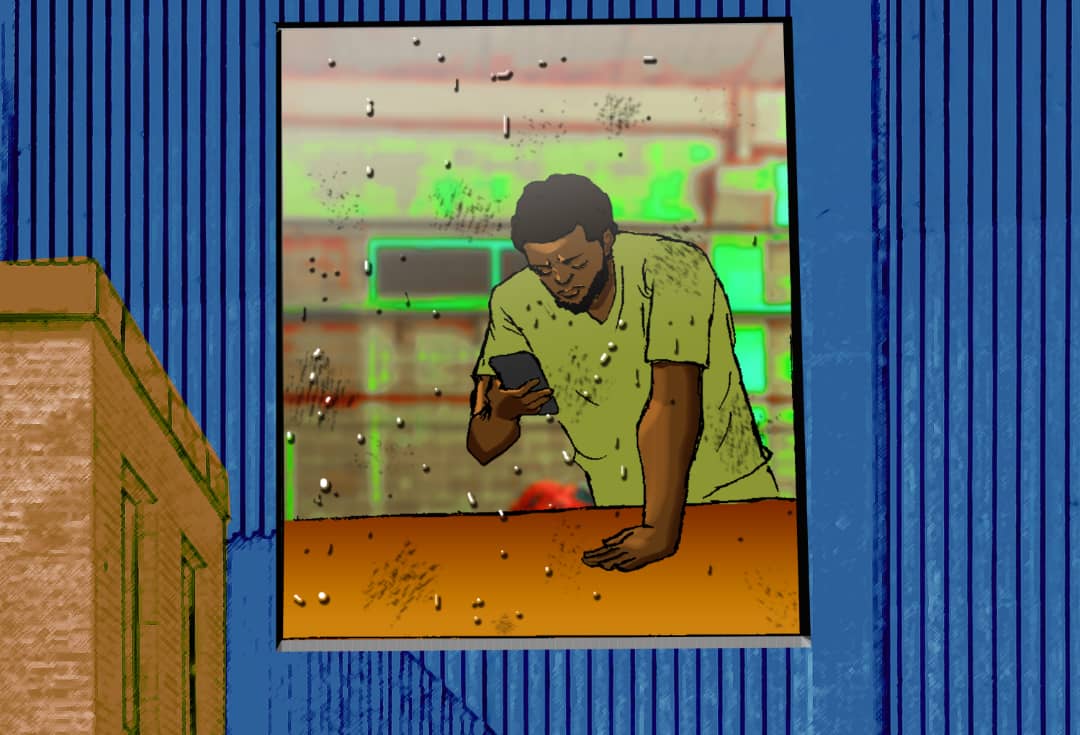 “I have been with this lady for 8 years, and I just found out last weekend that I had been dating myself.”

Mr. Patrick is one of the nicest men I have seen in my life. During my days at the University of Benin, I was always seen with this very handsome man. He had lost his way to the Faculty of Arts, being a victim of the confusion that the shuttle drivers caused by their pattern of calling different bus-stops at once.

Mr. Patrick was a Master’s degree student at the time, and I had just been a year-two student. I had experienced the same thing, so, it wasn’t difficult for me to take pity on him. “Who advised this man to come to this school?” I had thought to myself.

In the end, I had to take him to the Faculty of Arts since it was also my faculty, and saving that 100 naira cab fare would go a long way. We introduced ourselves, and that was when I found out that he was from Oyo State, Nigeria, and had come for his Master’s degree and worked during weekends as a part-time staff.

We were good friends and we were so close we were seen at different fun spots in school. He had his girlfriend and they were really serious… Or he was. He was always talking about her and calling her. Out of those times I spent with him, she only called once to tell him the money he had sent had entered. I still wonder why that short call put a smile on his face.

Secretly, I admired him, to be honest. A little part of me wished he would call me up one day to say he was done with her, but he never did. He was so in love. That’s the first time I would see a love-struck man. They had been together for two years, and he was begging me to construct love text messages to be sent to her. Mr. old-fashioned love.

And the… “She” never returned those texts.

He was planning to finish up his programme and apply for a full-time job and resign from the present one as it wasn’t paying much. He wanted to marry Ajoke. I thought he was under a spell until I saw her picture.

Ajoke is beautiful. “No wonder you’re this love-struck,” I told him when he showed me. But as happy as I was happy for him, I was still sad for him – she was not returning this love. He was just like “Romeo” in love with “Rosaline”. He would have to let her go.

I was still waiting for him to realize that fact, but he never did. And here I was. Why do men go after people who don’t return their love anyway? Women are also not left out of this trend. That’s how I knew Ajoke was not into him. She was giving her attention to someone else.

As obvious as it was, he was oblivious to it. Even 3 years after I left school and was serving(NYSC), he was still so much in love with her. How did she manage to have that hold on him? Maybe he was the one holding on to it.

Heartbreak is unisex, to be honest.

He called me last weekend, and for the first time in 8 years since I had met Mr. Patrick at Basement at the University of Benin, he was crying. That was when I knew Ajoke had done the expected worst.

She sent an invitation card to him through a dispatch rider, and, for the first time that I know of, a text message from her saying;

I’m sorry it had to end this way. You must have gotten the Invitation card by now.

Even as I had expected the… AJoke to act the way she did, I cried for Mr. Patrick. Poor man! I wished I had told him that he was wasting his time, but I didn’t want to send the wrong messages to him. Besides, he must have known, right? I’m sure he overlooked it and expected her to come around. Well, she never did.

“She said she didn’t want to take me to her parents yet that she wasn’t sure of what her parents would do since she was not ready for marriage yet. Did I do something wrong?”

Wait! Was he still blaming himself for what happened? Now I know why she left him – he was not firm with her. He was always the nice one anyway. Now, see where that got him. I guess that’s why men always look all strong on the outside. They don’t want to be like the likes of Mr. Patrick.

If only he had looked my way. Now, I have a boyfriend who returned my love. I can’t consider Mr. Patrick even if he tries to look my way now. I won’t leave what I have to be a rebound. What if he was still in love with her?

Now, Mr. Patrick will just get married without loving too much, and he’ll be a “bad guy”.

The next time you say “men are scum,” think of Mr. Patrick and men like him. Even the hard men you see around have a soft spot. When you celebrate women, also think of the men that have made them feel special. They deserve that as well.

See also: “Would people know I lost my virginity?” – Check these 6