“First One Out” by David Ngandu: The man, his success, and his society

This article is more like a literary analysis of the movie based on the realities of the black man in a Canadian Society. “First One Out” by David Ngandu depicts this reality explicitly and characterization couldn’t have been better. 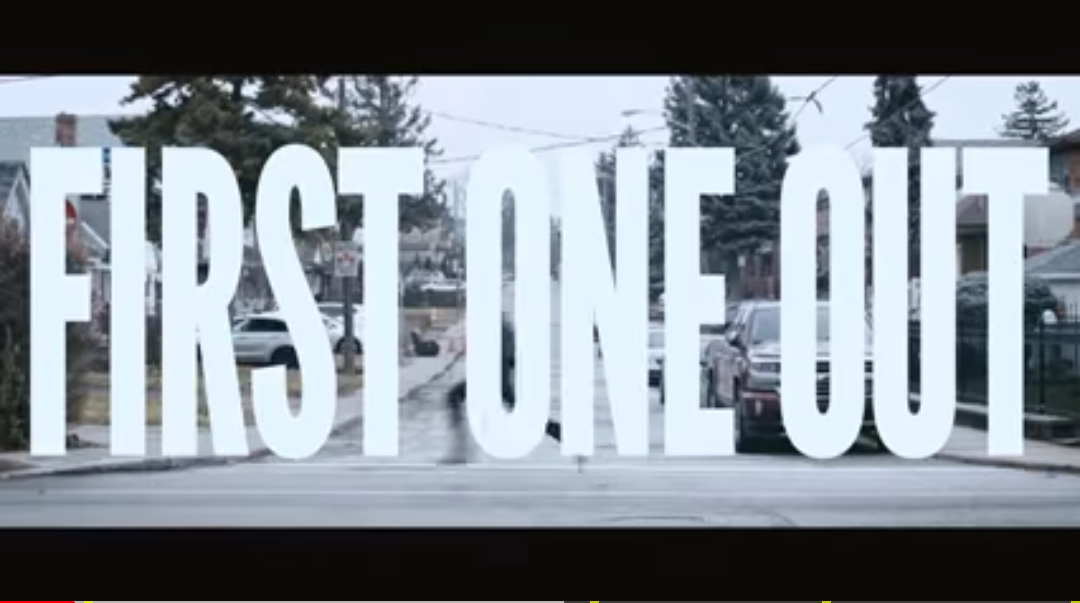 This article is more like a literary analysis of the short film based on the realities faced by the black man in every society, not just the Canadian Society. “First One Out” by David Ngandu depicts this reality explicitly, and the characterization couldn’t have been better.

The man, his success, and his society in “First One Out”

In this short film, there is an illustration of a black man’s experience in a society which is Toronto, Canada. Each character in this movie is a synecdoche of the typical reactions of several groups of people according to their relationship with a man when he finds success. This is displayed in the different scenes of the film – from the introductory scene to the final scene (where we see a heart-breaking climax).

The man – The introductory scene

In the introductory scene, we see a man, Dermaine Smart (Jason Baron) trying to find his way out of the streets and he continues to return to the exact spot which is represented by the signposts, Oakwood and Lanark facing different directions.

In this scene, we are greeted with Dermaine’s sad reality -No way out – which symbolizes a contradiction of the movie title. This shows man’s continuous struggle to beat the seeming sad reality hood life.

His family – Scene One

As the movie unfolds in the first scene, we meet his family. He has finally gotten a job and he tells his “woman”, Kyky( our very own, Michelle Oluwatomi Akanbi – Tome) who is so excited about this that she shares the news on social media as he goes to the bathroom.

When he comes back in, he gets sad that he has already promised to work with his cousin that he would work with him. This gets Kyky upset and we are made to understand that his cousin is bad news.

The impending tragedy would have been avoided if Kyky had not posted it on social media. The risk we put ourselves in, by posting every activity we engage in on social media, can not be over-emphasized.

The story would also have been a happy one if he had not agreed to work for a cousin who is known for bad business. Although he explains his reasons, it still didn’t help his situation. We should not always act out of frustration when in need. It backfires every time.

When everything goes bad for him, he goes back home to find comfort in the arms of his “woman” and alcohol. This is scene 6. It shows the vulnerability of man in his worst moments and how he tries to escape from these moments by finding comfort.

His relatives – Scene Two and Four

We meet the cousin, Lukhan Smart (Eric Parris), and a jealous acquaintance, Lokee(Brian M Williams). The cousin lets him in and Lokee pays Dermaine an awkward greeting as he has also found out about his job (posted on social media by Kyky).

When Lokee leaves the scene for a bit, we watch a heart-to-heart conversation between cousins. Lokee returns and there is an argument that Dermaine should get “the bag” as proof of his loyalty to working with his cousin for the first time.

Here, we see a cousin who thinks his life seems messed up with a lot of social vices like hard drug consumption and sales; and murder as we see in scene Four. We also see an envious acquaintance (Lokee) who feels intimidated by the success story that is not his to write.

His society – Scene Three and Five

In scene three, a supermarket, we see a supportive acquaintance who is very happy to hear the news about the job Dermaine got. This scene shows that there are also people who will be happy for you and wish you the very best.

In scene five, we see a thug trying to rob Dermaine of “the bag” he was asked to get. He immediately returns it when he hears that it is Lukhan’s bag – knowing that stealing it would mean his inevitable death. This scene shows regular hoodlum life – he wants to survive and he doesn’t care if you suffer while he is at it but he knows bigger trouble when he sees it.

His cousin offers him a ride with dead Lokee in the trunk of his car. It seems like a plot to ruin his success story because he finally leaves him at the mercy of the police when they are pulled over.

If you ask me, I’ll say Dermaine’s emotions got the better part of him as he keeps letting his unnecessary loyalty to his cousin rule over his decisions.

This short movie is a typical street story. You just have to maintain a clean slate or it will be difficult to get out. This is how Dermaine’s connection to his cousin’s business gets him a stain on his name. Once you have a bad record, as a black man in the western world, it is difficult to get a good means of survival in the corporate world.

Finally, like every plot, there is a climax. The climax here is mixed with a sad peripeteia (realization of truth) which comes in too late. This is where we see the actual representation of the introductory scene.

See also: Don’t you think we should start naming ourselves? – A proposition