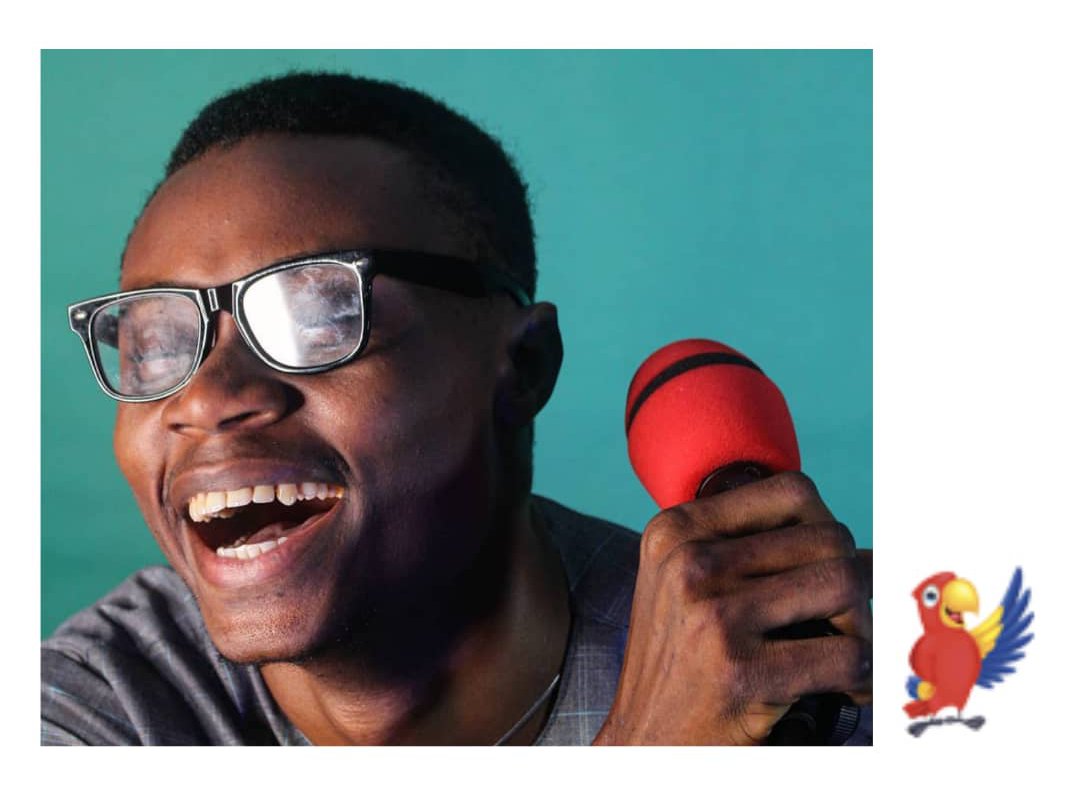 During my growing up years, doctors confused me. They seemed so serious; as if they were incapable of anything remotely fun. I grew up thinking it was very on-brand for them to be serious, stoic, and focused – they held people’s lives in their hands after all. Then there are doctors like Dr. George a.k.a. The Talk Doctor, who defy this logic while still being responsible for the lives placed in their hands as doctors.

I first met doctors like Dr. George The Talk Doctor in my university days. I saw kids have fun in medical school like it was nobody’s business. At first, I thought it was irresponsible. “Shouldn’t these guys be reading? Is this how they’re going to be laughing when someone comes crying to them at the point of death?” This is how I would think when I saw them just being themselves. Omo, dem rewire my head in just one year.

I saw how many of them studied like no man’s business and I knew that they took their future careers as seriously as I thought they should. I eventually came to see that these guys were people on their own and had every right to do what they loved. After all, they aren’t robots. It is in this freedom of expression that Dr. George found his true calling as “The Talk Doctor”.

Who is Dr. George The Talk Doctor?

Dr. George Uchendu is a medical doctor who, instead of practicing medicine in the hospitals, practices it in the media. He is the brain behind “The Talk Doctor” brand, which creates hilarious and relatable content in all forms to throw more light on medical issues. Dr. George got into this path after thinking long and hard about his future in his final year in medical school. He didn’t want to practice medicine (at this point, I wondered why he even bothered to go to medical school for 7 years) but he didn’t exactly know what he wanted to do.

To be honest, I can relate to Dr. George on this one. It struck me the same way as I was nearing the end of my university education, and eventually, I settled on being a parrot (wink wink). Many of us, however, are still trying to find our feet, even when we have something we are doing. That thing may be paying us well, but deep down, there’s a void that we still want to fill. How you fill that void is up to you to find, though, just like Dr. George discovered his calling as “The Talk Doctor”.

As stated before, Dr. George has spread his wings into television and radio, hosting his own shows and appearing as a recurring co-host on others. He is most popular, however, for being an events compere – an MC. In fact, when you mention “The Talk Doctor” in many spaces, “Ah, that funny MC”, is the first response you’ll likely get.

“I read a book by Teju Babyface – Secrets Of The Streets, and that motivated me to explore this path,” Dr. George says about how he got into the MC game, choosing it over clinical practice. “In the book, Teju listed characteristics of an MC and I fit the description perfectly. However, it was still not an easy journey because coming from my medical background to entertainment was hard. Thankfully, I met a mentor called Dr. Hakeem, who put me through. He took me around and taught me the ropes of the business and I’m forever indebted to him.”

Since officially starting off on this path in 2017, Dr. George The Talk Doctor has made people happy at quite a number of weddings and events, from high profile ones to small gatherings. He comes highly recommended by people who have come in contact with him. Still, my favourite version of The Talk Doctor brand is the entertainment doctor side of him (because he didn’t allow his school fees go to waste!).

If you’ve ever been to hospitals, you’ll know that Nigerian patients are a very special breed. This, coupled with how many medical practitioners in Nigerian hospitals open themselves to disrespect either by their actions or their inactions, always paints a gloomy picture. That’s why what Dr. George is doing with The Talk Doctor brand is something I heavily stan!

Dr. George has taken the normal consultations which we would find boring or want to avoid totally because we don’t want to answer uncomfortable questions, and turned them into fun and interactive conversations. He has also created funny and relatable scenarios with his skits to address some of these issues, making what would be a hard pill to swallow for some into something light. Not only has he entertained me with his humour and wittiness, he has also taught me quite a few things that I have personally put into practice.

Dr. George The Talk Doctor is giving medicine a brand new relatable face using 100% creativity. This is an example of how creativity can come into play in any field. “Professionals” may think that the fun and games that creativity is most times associated with is to be kept far away from their professions, when in fact, it is the biggest tool to get people more interested in what they do. Dr. George is taking the bull by the horns with his creativity while making sure that people learn healthy behaviours, and I’m here for it.

The Talk Doctor however recommends that you see your doctor for your own good regardless of the information he gives you. On-air consultations and anwers to questions are not the same as visiting a doctor in a hospital for a proper diagnosis. Connect and learn more with Dr. George on social media – Instagram @officialdrgeorge and @thetalkdoctor_; Twitter @thetalkdoctor_ and Facebook @thetalkdoctor. Check out his YouTube channel – Dr. George #TheTalkDoctor TM – too for more interesting videos.