DIY with Teemah: Why you should DIY more

“I’m a hoarder. Whenever my mum wanted to throw away stuff, I’d tell her that I wanted to use them. Naturally, I had to find a way to repurpose everything 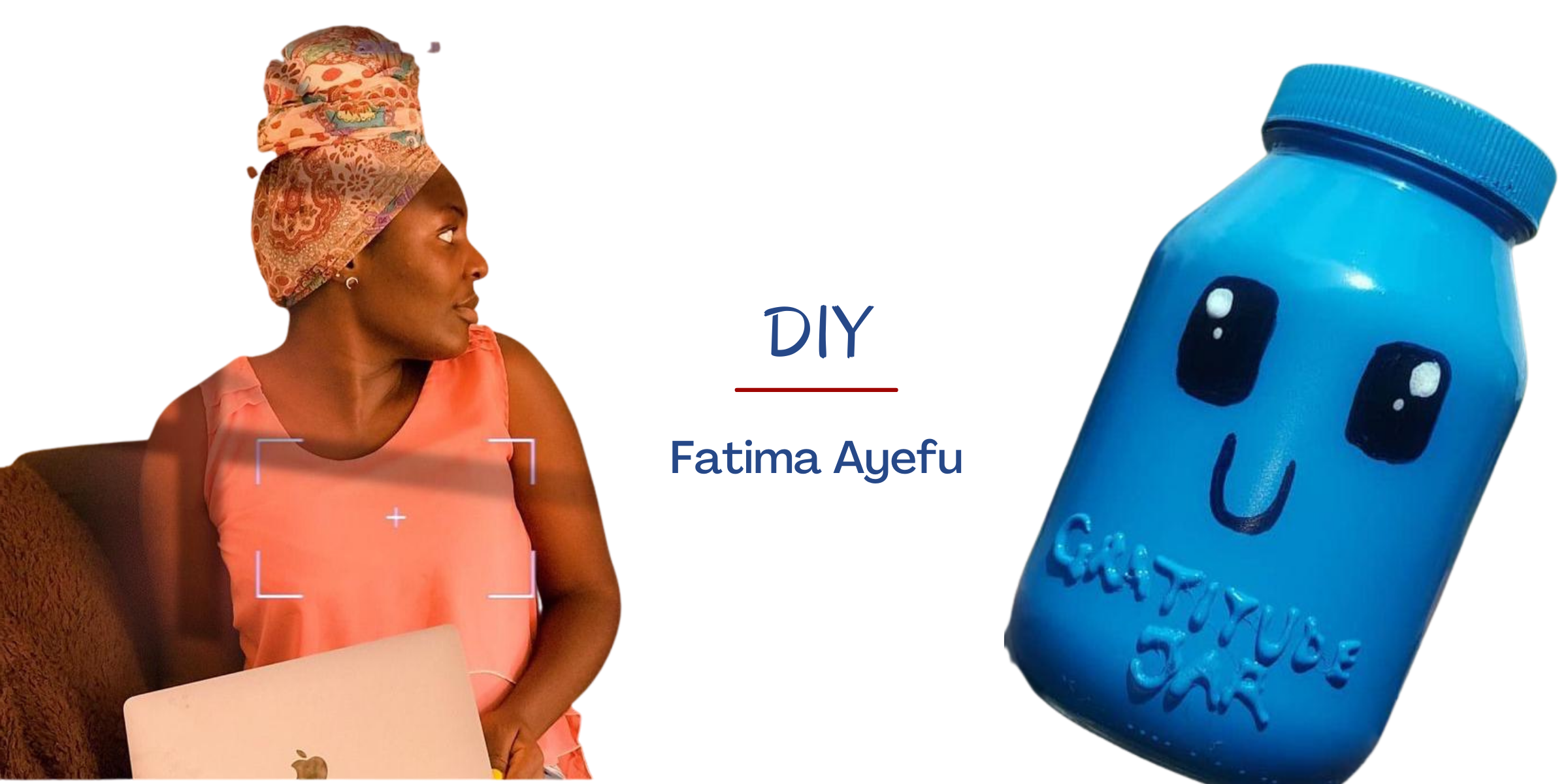 DIY is fun and healthy for the mind. It provides you with a sense of accomplishment, teaches you new hobbies, and also introduce you to concepts and facts you wouldn’t have even thought of. This is the lifestyle that my fellow parrot, Phateemah, lives, and that’s why she’s my focus today on the creative showcase.

Phateemah is a boss at many things, and one of them is DIY. That also means she’s an artist in her own right because DIY is literally art: it requires meticulousness of some sort. I mean, if your hand is always fidgety, how can you cut a piece of cloth to use as a stool cover without messing it up?

But Phateemah says that to get into DIY, no experience in art is needed. “Zilch. None. Anyone can absolutely do it,” Phateemah says. I disagree, for the record, because I think she’s just being modest. However, I agree that it’s not as complicated as trying to sculpt a human being from scratch, and that anyhow a DIY project turns out could be an aesthetic on its own.

Phateemah tells me of how she began DIY, “Growing up, I used to do a lot of DIYs, from nail shiners to talc powders, to lip balms and decorative items. I’m [also] a hoarder. Whenever my mum wanted to throw away stuff, I’d tell her that I wanted to use them. Naturally, I had to find a way to repurpose everything. I refused to allow them to throw away.

“That began my DIY journey.”

It’s that easy to start your DIY journey, according to Phateemah. Phateemah has gone ahead to make cool stands, vases, pen holders, and centrepieces since then. She’s also made some money from selling these artful expressions of hers. Anybody who enjoys such a fulfilling hobby like this would want to chronicle it, and for this reason, Phateemah has dedicated a whole Instagram page named DIY with Teemah, to this wholesome hobby.

Phateemah says of her decision to chronicle her DIY with Teemah journey, “I just wanted to share my projects with as many people as possible in case anyone needs help. I’ve had a couple of people ask me how I made the things I made, so I thought it’d be nice to just share.”

Another cool thing about DIY is that it’s not the most expensive hobby. Phateemah says about DIY: “It’s not terribly expensive. [It’s expensive] only if you’re a shopaholic. You can finish your money at a crafts store if you’re not careful because you’ll see loads of stuff and you’ll immediately start thinking of what you can do with them.

”The only reason you’ll need to visit a crafts store is if you’re a stickler for aesthetics. DIY is such an inexpensive endeavour that you can just use a knife or a pair of scissors at home to cut out whatever you need.”

Phateemah is such an aesthetician, a fact that’s very visible from her DIY with Teemah chronicles on Instagram. She likes to play with paint, twine, threads, yarn, and lots of glue for her work. Her love for DIY has even led her to try welding, and she says it’s the most challenging DIY task she’s ever undertaken. “I’m used to working with tapes and glue so welding was a little hard for me,” she tells me.

It still didn’t stop her from pulling it off. She has also been a panellist in the Kaduna Festival of Art and has spoken to children in secondary schools on recycling and making art from recyclable objects, all because of her love for DIY.

It’s important to note that DIY is not limited to artsy stuff. Cleaning liquids, hand sanitisers, and air fresheners are things that you could consider if you want to start a DIY journey.

It’s also a very green hobby as most DIY projects are done with stuff that would’ve been thrown away ordinarily. Protect the environment and consider taking up DIY as a hobby. Explore the artist that’s hidden in you as you make yourself and those around you happy. Phateemah is ready to walk with you on your journey.

Follow her DIY Instagram via this handle: @diywithteemah. And check out all the awesome stuff she does on Talku Talku via her author page.