Great Nkor: Burn Survivor with a Burning Passion for Creativity 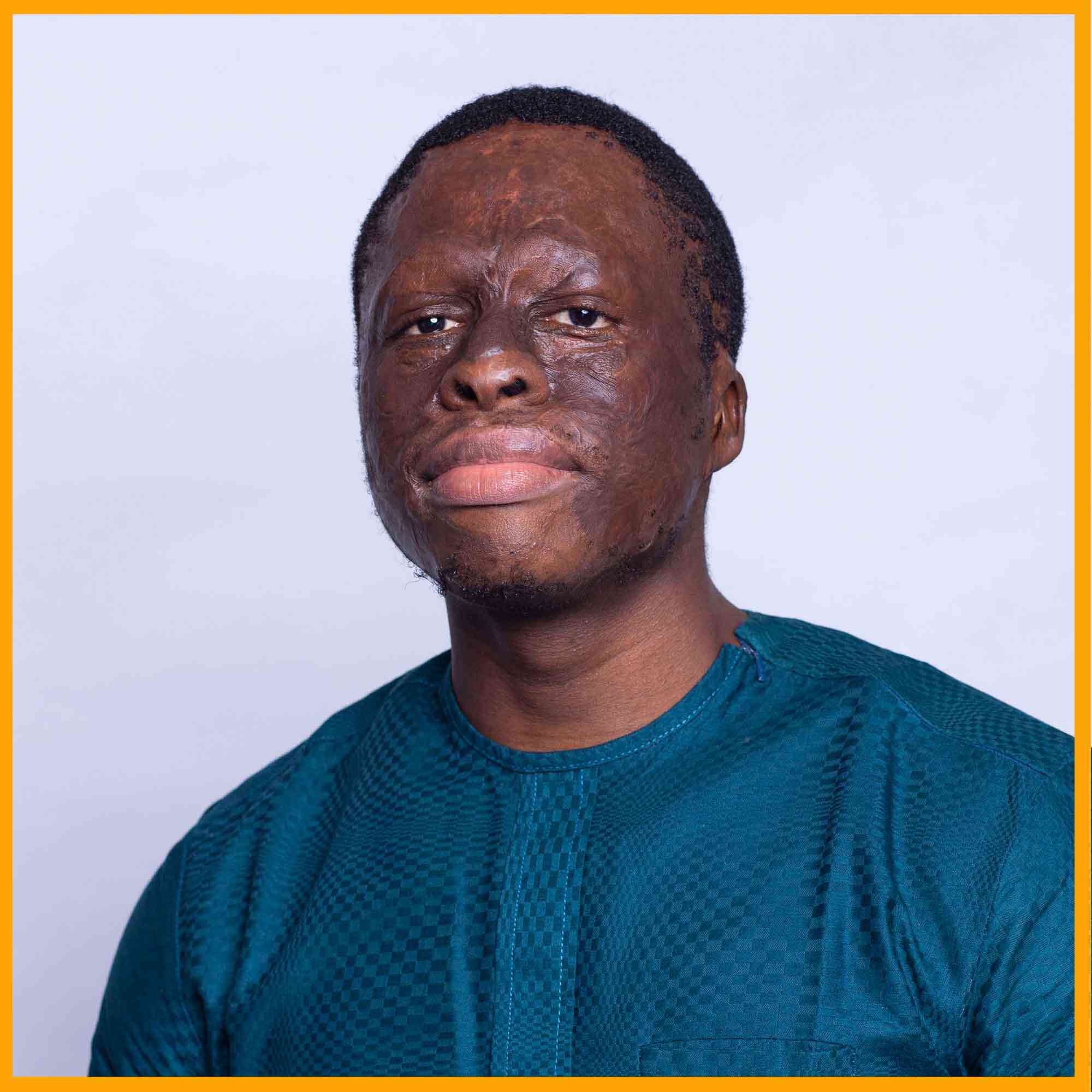 Great Nkor is a Christian creative and a burn survivor involved in design, art, drums and fitness. Marked differently from a young age due to a fire incident, Great has been through situations that he believes add credibility to his name.

Usually, most people believe there can be a jarring gap between religion and its impact on creativity. However, Great Nkor does not buy into that mentality. His religion does not limit his work, and he has worked with brands representing tobacco companies or parties. But Christianity is part of his identity as a creative. So while he isn’t too selective, he will only do jobs that fit in with his morals.

His Life As A Christian Creative

As a Christian, Great Nkor believes his God helps him in every aspect of his creative life. Sometimes he gets inspiration for his work from his morning devotion. Other times, it could be on his way to his day job or from listening to gospel music. He even gets inspiration from other Christian creatives. Generally, a scripture pops into his head, and he goes from there.

He used to put a time block to his creativity but has long since realised that it cannot be controlled. So he creates anytime he feels like it. Be it an hour or 5 minutes.

Blooming Into A Creative Designer

For as long as he can remember, Great wanted to be an artist. He could sketch on anything, and he told his parents as much. Apart from the usual worries of parents considering the sustainability of a skill, they were okay with it. His dad encouraged him to be the best artist he could be.

In school at the Federal University Of Technology, Akure, Great Nkor tried to study architecture. But he didn’t reach the cut-off mark. He was accepted, however, for Industrial Design. He had the opportunity to switch to architecture, as in most schools in Nigeria, once he was in his second year, but he decided against it. At that point, he was more interested in his then current course.

In his third year at the university, Great Nkor majored in the graphics aspect of his course. In 2019, he did his internship for six(6) months and started designing in the real world. This was done with Tequila Nigeria.

When it was time to defend his project, COVID-19 hit. He couldn’t sit at home, and as much as he liked his course, some techniques needed to be more relevant to the real world.

Great Nkor took a risk. He used the transport fare that was to take him home from school to enrol in a class that taught Adobe Photoshop and Illustrator, key and famous software in the design world.

He learnt and found areas of design he didn’t know existed! In May 2020, he decided that this was another skill his God gave him. Believing this, he decided to start designing Christian posters.

His first significant client work was in December 2020. A church in the UK reached out to him for help creating their content. He worked with them until March 2021. Before that, he had done designs for his mom’s agency professional services.

As a graphic designer, Great faces similar issues with his niche when it comes to clients.

“Whenever you do work, 9 times out of 10, clients have a revision.”

The revisions depend on how well he understood the project and how good his questions are. As much as he loves giving final work at once with no edits needed, he appreciates feedback and comments. To Great Nkor, the work is for the clients, who have to get the best for themselves or their business.

However, suppose the client seems rogue and misuses the revisions he gives (especially when they are out of budget). In that case, he calls them back to order with the contract they’ve signed.

Great Nkor doesn’t usually campaign for clients. Most of his contracts are purely inbound. When he does some design, he posts them, and if it’s a project, it goes into his portfolio.

Like most designers, he has done some promo deals. But recently, word of mouth has done the trick for him.

He confessed that he still works with Tequila Nigeria. Although now, he has grown in his role, sitting in on brainstorming sessions and acting as an Art Director.

He does all of these with burn scars over his body. So far, due to his burn injuries, Great Nkor has undergone 17 surgeries. He was only 14 months old when the fire incident occurred in the family apartment. Since then, with the scars on him, he has been a recipient of discrimination and shock.

Great doesnt let this hold him down and he keeps excelling in the creative industry.

Generally, Great Nkor considers himself a chill guy. He’s not boastful, and he’s not necessarily an outgoing kind of person.